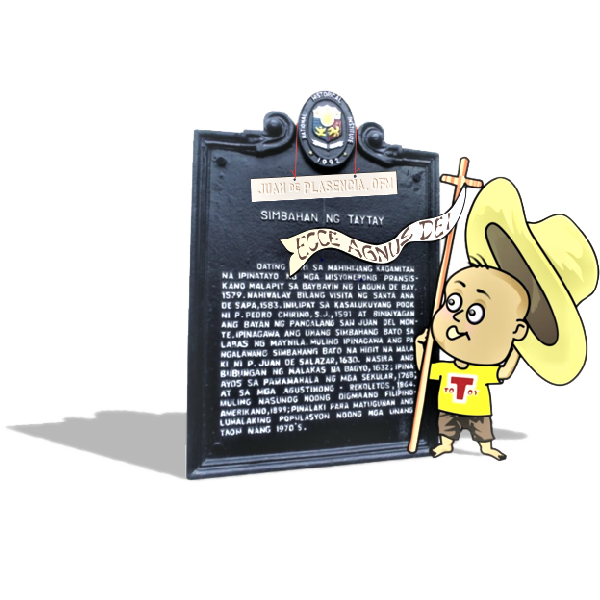 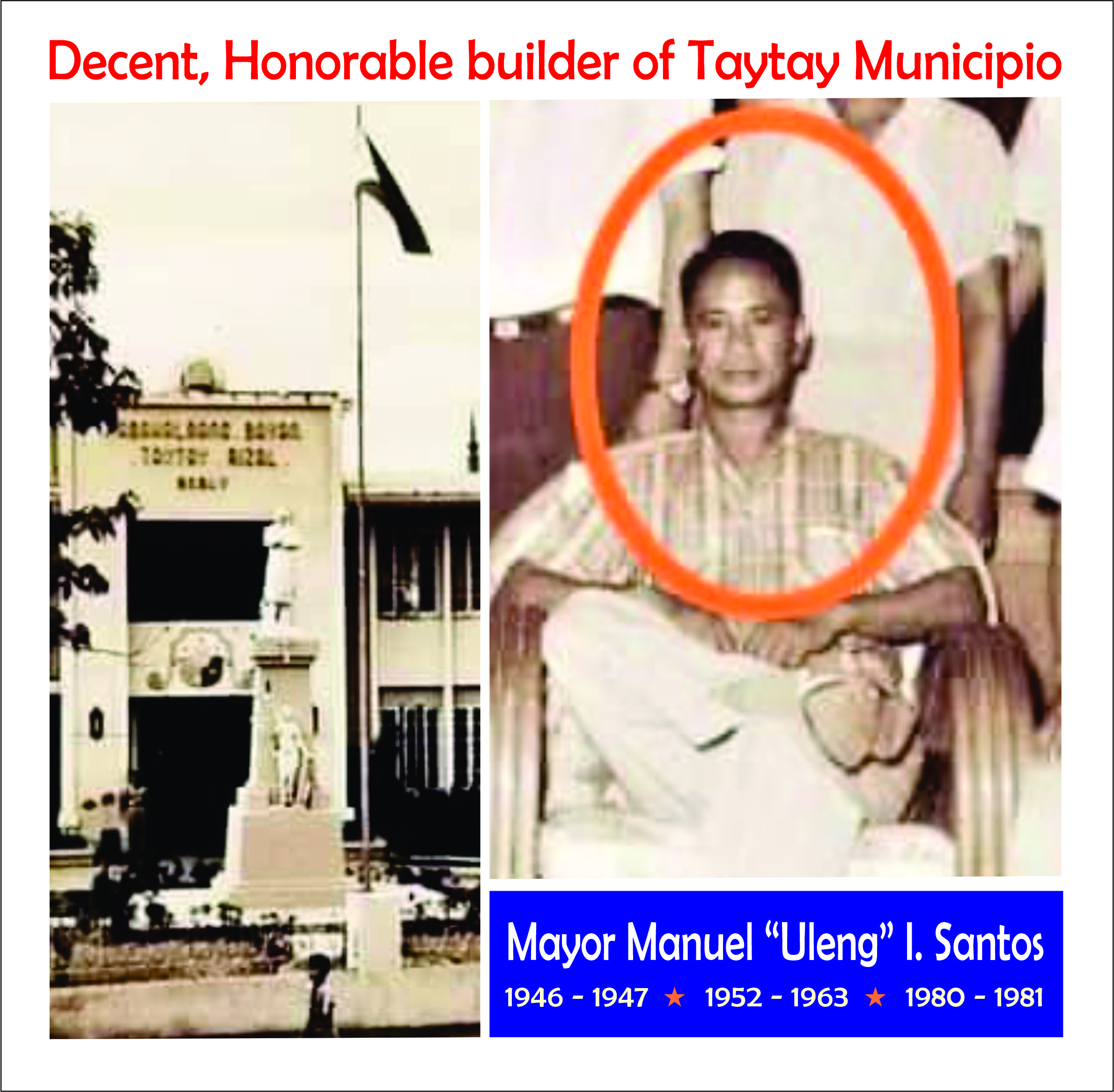 TAYTAY: Rich in History and Heritage, deep in Political and Moral Crisis

(Part 1 — Rich in History and Heritage, deep in Political and Moral Crisis)

TAYTAY was a settlement in a swampy area near Laguna de Bay. It was established as a pueblo or town by Franciscan missionaries in 1579.

Due to incessant flooding, Fray Pedro Chirino, a notable historian and the first Jesuit parish priest of Taytay, relocated the Church and the village on the hill with the cooperation of the 4 datus in 1591. Although christened “San Juan del Monte”, the townspeople continued to call the town “Taytay”; and Taytay it has remained to this day.

The first stone-Church outside of Manila was built on this site, and it has since the very same location as the present Taytay Church—the St. John the Baptist Parish Church.

The Hispanic concept of Bajo la campana is ecclesio-centric. The dwellings including the casa municipal-tribunal (Municipio and Court), palengke, botica, escuela, etc., were constructed around the Church-and-plaza within the hearing distance of Church bells. The Church was literally and figuratively built at the center of the town, and the townspeople were living under the peel of the bell, following the Hispanic cuadricula pattern. This physical layout of the Poblacion persisted until the American period.

In the early 1900s during the American era, the Church atop a hill remained undisturbed fronting the Plaza Libertad. Across the plaza was the “Escolopia” (big school building), which was the original Taytay Primary School building. It was demolished to give rise to a new casa municipal (Municipio). While the school was temporarily transferred to the big house of the former Mayor Adaucto Ocampo (1903-1904) until it found a permanent place at Sitio Libed, Brgy. Dolores. The said school became the precursor of the Taytay Elementary School (TES) in 1914.

The casa municipal building (Municipio) was burned down during WW2. After the war, the Municipal Government held offices and transferred from one place to another in the vicinity around the Church, plaza, and public market.

The administration of Mayor Manuel I. Santos got financial aid of P3,514.42 from the Philippine War Damage Commission in 1945-1946. It became the initial trust fund for building the Municipal Hall.

Manuel I. Santos became Mayor for the second time in 1952; his Vice Mayor was Dr. Melecio C. Ison. When the 6-man Japanese Reparation Mission arrived, his administration demanded P80,000 as compensation for the war damages to the old Presidencia (Municipio) and other properties in Taytay. Out of the proceeds thus built and inaugurated the concrete two-storey Municipal Building in December 1955. It was the one we know today as the Old Taytay Municipio now being demolished by its “bastard offspring”—the current Municipio Administration.

Part of the old public market was turned into an alternative town plaza tagged as Kalayaan Park, while a new market was built in a farther location. A much farther new Municipio is now outside the Poblacion since 2009.

The old Municipio was renovated/retrofitted to become the Taytayeños’ Ancestral Home in 2013. The former Mayor Janet de Leon-Mercado held Mayoral Office at the building two-days-in-a-week during her term in 2013-2016.

The Old Municipio continued providing office spaces for agencies such as the NBI, Bureau of Immigration, Municipal Trial Court, Department of Trade and Industry, Office of Senior Citizens’ Affairs, Social Security System, Bureau of Jail Management with its lock-up facility at the basement, until everything arbitrarily stopped at the start of the hasty demolition on Nov. 20, 2020, on the pretext of “paving the way to give rise to a Provincial General Hospital Annex.”

Verily, the contagious historical sites of the Church, old Municipio, Plaza Libertad (Emergency Hospital and San Juan Gym), including the old market, comprise the much wider scope which we consider a Historical and a Heritage Zone of Taytay. Taytayeños proudly embrace this site situated at the Gitnang Bayan—the Poblacion, and center of the town.

The Taytayeño as a Church and Municipio of townspeople are inseparable. The founding of the Taytay Church and Town both stood and rooted in the same historical origin and development, and share a common Heritage. Thus, all fabrics of social existence as they are in a symbiotic relationship, presuppose that one could not have existed without the other.

It’s so dastard that the current Municipal Government that is supposed to protect the Taytayeño Heritage insists on destroying the sites of the Old Municipio-Gym-Emergency Hospital. That act is a cunningest scheme to impugn the honor of Taytayeño.

Darkness befalls. Taytay is in a deep political and moral crisis.

P.S. — Taytayeño‘s gratitude to Pareng Freddie and Sis. Jovy for the invaluable data they contributed to this article.