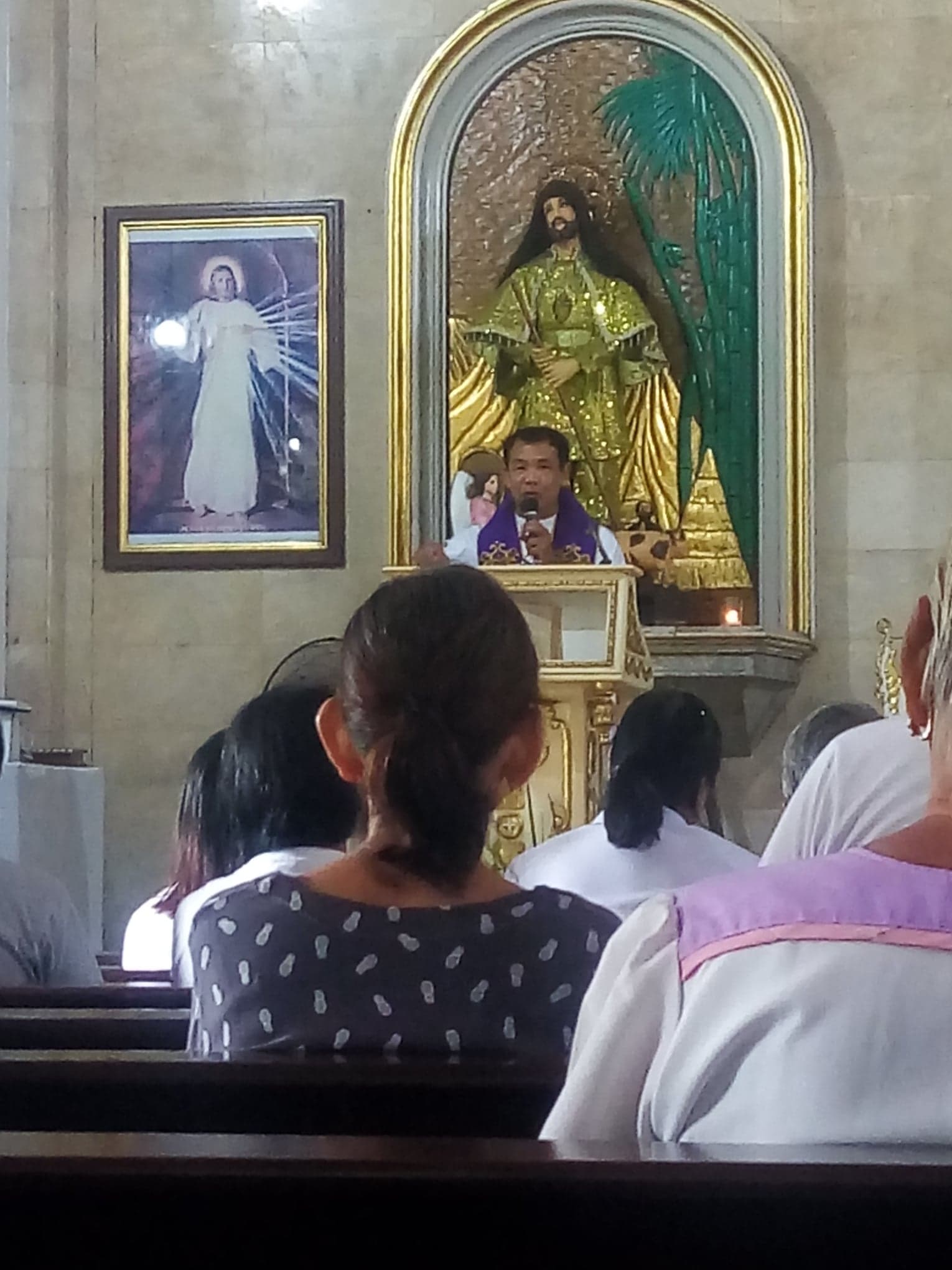 WE OFFER OUR SUFFERING

“Do not fear those who kill the body but are unable to kill the soul; but rather fear Him who is able to destroy both soul and body in hell.” (Matthew 10:28)

Sunday, 15 March, my wife and I attended Mass at San Isidro Chapel, Parish of St. John the Baptist in Taytay, Rizal. The exact location was just at the boundary of Brgy. San Juan of Cainta which is under quarantine/lockdown that started effective early morning that day.

As expected, there went the topic of the dreaded CoViD crisis pronounced right at the start on the Preface of the Mass and the Homily.

), it crossed my mind the story of King Philip III of Spain who was fatally-ill then, but when he asked for and touched the relics of San Isidro Labrador, he was immediately cured. And so he admonished the cause for the beatification of Isidro, and the rest is history.

Also, the day after that in history happened to be the eve of the discovery of the Philippines by Magellan (16 March 1521) that marked the beginning of Christianity in our country. We’re now entering onward to its 500th year’s commemorative celebration next year 2021. To think that our archipelago was first named by the discoverer Magellan as Isla de San Lazarus—named after the man Jesus loved, whom he shed tears and then brought back to life (John 11:1–44).

At present time, we have the historic San Lazaro Hospital in Sta. Cruz, Manila named after this same Saint. Said care home was founded by the Franciscan missionaries in 1577-1578 which started as a dispensary clinic and leprosarium. Now it’s best-known as the hospital for gravely and fatally-ill persons afflicted with infectious diseases, e.g., HIV/AIDS, cholera, rabbies, dysentery, etc. Enters CoVids in addition 🙁 .

The Eucharistic Mass is never a matter of social function. No distancing, separating whatsoever. It is a matter communion, of Faith—of the now and Eternity. For the center and summit of our Christian life is the celebration of the Mass, the Eucharist.

Should we remiss, we endanger from falling out of God’s grace. Are we to be afraid of the one that kills the body, or that which kills our soul?

Ave Maria, to the Blessed Mother who endured the grace of suffering for salvation, pray for us sinners. We offer before God whatever suffering we have as individuals and as a nation.