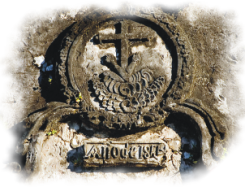 The reduccion or township

IT IS important to become acquainted and familiar with the system reduccion a pueblo  employed by the Spaniards in forming the early towns—among which was Taytay (Rizal)—as key to understanding the early stage of historical events and developments. (Ang Karahasan sa Historia ng Filipinas)

However, this is not to say that only via reduccion were towns established by the Spaniards, in the period from Magellan in 1521 until Legazpi in 1565 onward with the Augustinian missionaries in 1579. But in the particular case of Taytay, reduccion by the Franciscans had it accomplished in 1579. Fray Juan de Plasencia, the “Father of Reduccion,” was among the first batch of Franciscan missionaries who arrived in the country on July 2, 1578.

Reduccion was the technical term used in Spanish laws concerning the Indies (the Philippines included), in gathering the natives into pueblos or township. In principle, this system was supposed to be employed to colonial subjects jointly by the Church and the State. However, in the Philippine experience, the task was mainly and practically done by the friar-missionaries.

It was through the reduccion that the scattered settlements of natives were gathered in central locations, forming them into towns. Communities were “reduced” into one compact village, formed into “doctrina” that enabled even a single friar Christianize the natives (Indios). The resettlement was called differently in diverse circumstances: mission, conversion, reduccion or doctrina. But they were all substantially the same.

The beginning of the resettlement was signaled by the erection of a church. With reduccion a church and a convento were built, then a public plaza, school, market, cemetery, roads, bridges, a court of justice, government hall, commerce and trade, agriculture-farming, among others.

No doubt, Taytay town was formally established—via reduccion—in a swampy area near the Laguna de Bay when a church was built out of light materials and called it “Visita Santa Ana de Sapa” in 1579. It was then at this precise moment that Taytay—a village, a pueblo, a town—came into being, as a territorial unit as well as a juridical entity.

The founding of Taytay (Rizal) as a township must have been brought by the system of reduccion by the friar-missionaries. It was one of their first tasks and the most difficult one.

Taytay (Rizal) should be celebrating its 439th year of birthday this year of 2018. But its official recognition still hangs in the balance.

[Related story: Under the peel of the bell]